Like me, you must have seen photos of that lady tv presenter in the USA who is shown smiling cheerfully by the head of a beautiful lion she just shot and killed in South Africa.

Now my personal stance on this is that, ok fine….she paid upwards of $40 000 or so allegedly for the chance to shoot that animal, so in her mind, she has the right to do so.

On the other hand, we cannot condemn people like her for doing so either, when there are others in our world who are quite happy to raise wild animals in semi-captivity, and then allow hunters to pay huge sums to kill those very same animals, for the sake of a living. It’s a tough world we live in…we all need to eat, right?

But hang on just a minute there, buddy….do we really, really need to kill such wonderful animals for the thrills it gives us….and do we really need to provide such facilities for those people…all in order to put bread on the table?

I say no, we don’t. Fine, if I were in a jungle and my life was in danger from just such an animal, then yes, I would be out of my mind not to shoot it and save myself.

But to actively raise that animal, then release it for the purposes of hunting it down….that is not right in my books…sorry.

I know, I know…people will say well if such facilities didn’t exist, hunters would go killing those animals anyway, albeit illegally….and some would say that of the alleged $40 000 or so that it costs to hunt one of those animals, most of the fees go towards conservation. That last point is a semi-fallacy….I know what I’d be doing with that amount of money if I was making it……

So what’s the answer? Well, there isn’t one….I’m not offering an answer here..just making a point against what I believe to be wrong. In closing, there is no sane reason why action like that needs to be taken in this day and age…..that belongs to the Stone Age…when we lived in caves….time moves on….thankfully, we humans have taken huge steps in improving our lives….those poor animals are stuck exactly where they were 1000s of years ago. Don’t they deserve a measure of respect for their lives, just as we do ours?

By now you will have guessed that I tend to travel quite a lot, whether it’s within my own neck of the woods here in BC, or overseas.

And I seem to be blessed with enough shekels to do it with as well as pay the bills, for which I am eternally grateful…who wouldn’t be.

During one such trip of mine to Kenya, in East Africa, I walked out of Nairobi town, which like any modern city, is crowded with people, buses, donkeys, stray dogs, you name it. I kept walking, trying to get as far away from town as possible, for that is where you get to meet the real people.

Soon the town was far, far away and a quiet peace had descended, with just the chirping of colourful birds to be heard.

Not long afterwards, I came upon a small town, with a row of about 4 or 5 shops, and dozens of huts constucted of mud, grass, corrugated iron sheets etc where the towns people lived I guess. These were very definitely poor people.

As I was walking past, an old gentleman caught my eye, so I waved to him. He waved back and then beckoned to me. I thought it bad manners if I carried on walking past, so I turned around and walked up to the hut he was sitting outside and said Jambo (hello).

Anyway, he spoke w few words of broken english, and mixed with my jumble of swahili that I’d picked up, we got on ok! He asked me if I wanted a cold drink, to which I said no, as I told him I had a headache (kichua-uma). That’s no problem he said and told me to wait while he went inside to get something.

A few minutes later, he came out with a cup of hot tea and a root of some kind cut into pieces. He told me to eat the root up and then drink the tea, and the headache will go away just like a bird flying away.

I tasted the root cautiously, not knowing what it might be, but then realised it was raw ginger, so I ate it all up and then sipped at the scorching hot tea.

We carried on chatting about weather, animals, politics of Kenya, tribal problems etc and when I’d finished the tea, I noticed that my headache had indeed completely gone!

I thanked the wise old guy many times for his hospitality and walked off on my travels again, just thinking about how much trust total strangers in a foreign country place on people they’ve never, ever met before. And would I ever offer any stranger I see in my town a cup of tea or invite him/her into my home? It’s just not the done thing in our western way of life, is it? And yet we call ourselves “civilised”. Does being civilised mean that we close ourselves off from everybody, and become caring only to our own family unit and nobody else?

Anyway, ever since that day, any time I get a headache, I rush to my vegetable basket for a piece of ginger, just as the old man had taught me. And it works!

I read something in a newspaper that made me so sad….sad for what we humans are doing not only to our own planet, but also to other species who share the place with us, but are powerless to do anything about it.

The article shows a guy preparing to shoot down an orang-utan with a drugged dart, so that it can be relocated to a zoo, and so that the remaining 3 or 4 trees that the animal is clinging to, can be cut down for planting.

The look on the animal’s face says it all.

Isn’t it sad to see that we as mankind are bent on destroying what Nature, god, The Force or whatever you wanna call it, has bestowed upon us, in order to make our stay here as easy as possible.

By this, I mean the relentless march of progress…progress to what?

By it’s very nature, we are forcing Nature within parcels of land, boxes, places in which and within which it was never ever designed to be.

And besides that, what of the poor animals? We have carved up their migration routes that have existed for millenia, so much that they have been forced to re-organize themselves in order to survive. Alas, some have failed, and have disappeared from sight.

If only we could all reason that we are all one, the animals, the wilderness, the trees, the plants…all one. Only then can we all survive.

Anyway, I digress. My main reason for posting this is to bring some rare knowledge of plants that I picked up from my time in the bush.

It was given to me by an old man in the Nunavut areas. I will only list 5 of them today, as any more and it will be just information overload for many readers!

I well remember what that guy told me about plants. He said that if we love them, even talk to them, they will flourish…just like us. At that moment I laughed, thinking about what people think about Prince Charles of England, when it was announced that he regularly talks to his plants….they think he’s a weirdo!

Never mind, let the world think what they like, I mean, we hikers are sometimes classified as weirdos too, right?

I will expand on these plants in my next post, how and where to find them and how to use them.

See you quite soon! 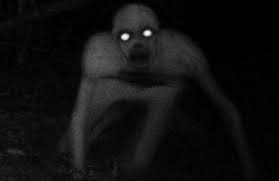 Yep, this should surprise you guys a little!

But I’ve never, ever been able to overcome one thing. What’s that?

If anyone tells me to walk to the end of my garden at night…in the pitch black darkness, I’ll run a mile.

I don’t know how I came to be like this, but I’ve a fair idea that some of my mother’s stories she told us when we were kids did not help at all…like telling us not to leave our arms hanging out from our beds when asleep, as a spirit would pull it down.

Or not to talk or watch or read about ghosts, death or wild animals before going to bed, as they would haunt you in your dreams.

Those used to be our bedtime stories…and after telling us the stories, she used to laugh with a half, friendly-half maniacal grin…we never knew if she was laughing or planning to be the next axe-murderer, you know!

So, whenever I’m in the wilds alone, I always have a fire burning to provide light and comfort to a scaredy-cat mind! Even at home, if I’m alone, I sleep with the light on….!

Nobody has been able to cure this fear….I’ll probably die with it!

I read somewhere, don’t know where, but on the internet for sure, that some people from a government-backed organisation in the USA are planning to kill whole packs of wolves.

As you can imagine, it’s not an easy task on foot, so some bright spark suggested they do it from the air, from a small plane I suppose.

Ok, no matter how it’s done, it’s still a massacre of innocents, in my view.

Sure, the wolves may have taken a few sheep or cattle here and there, but whose fault is that? Who is rapidly expanding and taking over lands once roamed by wolves? Who had decimated the wolves’ food sources such as rabbits etc?

Answer? Me and you.

By increasing our land holdings, we have gradually but surely reduced drastically, the areas in which wolves, and other wild animals used to roam once. So in that situation, what choice do the animals have but to take any domesticated animals they can for food, given that their naturally available prey has been cleared by us.

And just because wild animals have started taking our own animals for food, is not a reason to go killing the, no siree…no way.

On my hikes, I’ve come very close wolves, sometimes just feet away, and never, ever have I been attacked or stalked by these majestic animals. Let’s not forget–these are the ancestors of our own lap dogs and are highly intelligent.

Tell me what you think by leaving a comment here, please…I wanna see what everyone else thinks about this.