Right by Bella Coola, around that area, is a river, quite far away, called the Kimsquit River.

Thats where our monster lives, or around them parts.

Once I was up there, just pottering around camping and canoeing. I’d spent the better part of a few weeks there and thoroughly enjoyed my time there, but now it was time to move on down home.

I got everything packed, but thought about my canoe..I just couldn’t justify carrying all that weight and the mere thought of it made me shiver!

Ah, to hell with it, I thought, I’d leave it right there covered up with tree fronds and stuff. I planned to come back again, so I’d pick it up then.

There was a small portage right along by the river bank, made by myself and used by animals as well, so I decided to hike down that way.

It wasn’t long before I decided to take a break, so I stopped, laid down my pack and sat down. The place was dead quiet….I didn’t like that, as normally there’d be birds and things chattering away, but not this time.

I idly looked over at the other side of the river bank, amongst some tree branches fallen and trapped there. I thought I saw something move, but the moment I looked harder, there was nothing.

I knew then that there definitely was something there, that explained why everything was so quiet…..mountain lion or grizzly, I thought.

I kept very still, breathing very shallowly. Then I saw it again….something in the water. It looked like a seal, but it had a weird head, a bit like a bird or a lizard. It could be a dead branch maybe, being moved by the current. But no, it seemed to move of it’s own accord.

It was almost black in colour, and moved its head from side to side. Then a little more of it came out the water and I could see the rest of it’s body, a very wide body. This was no seal! I’ve never ever been scared in the woods, but this time, I could feel myself trembling. Judging by the it’s size, if it ever came out the water and onto land, I’d be toast for sure.

I thought to unpack my rifle, a good powerful one, too, but the noise it would create would attract too much attention. In the ned, I saw a fist sized rock, picked it up and through it at the thing as hard as I could.

I think I must’ve hit it just below it’s neck in the water, as it looked over at me, opened it’s mouth, showing it’s small teeth, like those on a fish. Then it dived, dived fast and all I could see was ripples for a while, then nothing.

Well, I didn’t hang around there, I tell you! I was outta there like a shot and didn’t stop till about 5 hours afterwards, so scared I was.

What was it? I don’t know. But I mentioned it to my aboriginal friend one time, and he nodded his head, saying “Don’t go there again…big trouble”

We all know that sometimes starting a camp fire can be a bit of a pig, especially if the timber you’re using is wet or damp.

But what I experienced once on a hike left me absolutely baffled.

I was hiking in an area way up north in the Yukon in the middle of a very cold spell indeed. You may say that is sheer foolery, putting yourself at such a risk, but, heck, wouldn’t life be one big boring episode if we didn’t take risks now and then….calculated risks?

So anyway, there I was, in an area of absolute wilderness, not a single person or habitation to be seen for many, many miles. And I was very tired indeed, cold and hungry, with the light fading fast.

I didn’t really have much of a choice but to seek out a suitable place to make camp, away from the high winds etc. Upon finding a spot, I stopped, took off my heavy backpack and immediately started erecting my tent, which fortunately was one which you can set up very quickly, no matter what the conditions.

But by the time I’d finished, the wind had stepped up a fair bit, and with it of course came the dreaded killer, windchill. My hands were frozen and I could hardly think clearly, a sure sign of possible hypothermia setting in.

Anyway, the tent was up, which was a major coup for me in those conditions…at least I had shelter! Next up was a fire. Luckily, I had collected some odd pieces of wood, twigs etc during my hike, which I’d wrapped in a plastic bag and tied to my rucksack, so at least the timber was dry.

I managed to get some kindling going, to which I added the timber pieces. And by this time, the wind had really got so damned cold, that my cheeks were hurting from the windchill, and I could even feel the hairs in my nose were frozen.

It’s then that I saw something I’ve never seen before. Sitting crouched in front of the fire, I noticed the timber had started to freeze…yes, really…I could clearly see the pieces of twig and larger branches beginning to turn white with a frosty covering! How could that happen, when the centre of the fire was still burning and giving off ample heat?

Cut a long story short, I sat there desperately trying to get the fire going as much as I could, but to no avail. The conditions were so harsh, that eventually all my material on the fire just became so damn cold, that the fire eventually petered out..absolutely unbelievable!

The night was saved by my stove, that I lit inside the tent and which thankfully worked just fine, and it was only then that I was able to make  some coffee and heat up some ready-to-eat food.

Otherwise, were it not for my tent and stove, I just don’t know what I would have done that night!

So the moral I learnt that night is this, no matter if you have the most advanced fire-making equipment with you, if it gets really cold, you can be in deep trouble, especially if you are in an isolated area, unless you are prepared for it like I was. 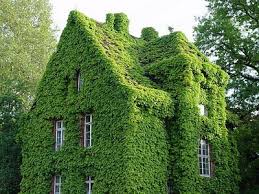 Some time ago, I went on another jaunt into the wild….

Well, it’s not really wild…but the place is never visited by anyone..at least, I’ve never, ever seen anyone there. So in my mind, it’s a wilderness!

So anyways, I walked and walked for must have been about 30 or 40 minutes. I looked up at the sky and knew that there was going to be a very heavy downpour and it would therefore be a good idea if I built a temporary shelter of some kind, as I was planning to stay there for a couple of hours at least.

All the materials I needed were within reach, so it was just a matter of finding 4 stout branches, 2 on either side, with a longer branch straddling the two. That gave me a rudimentary tent-like frame, over which I placed other branches with leaves still on them. After a while, all 3 sides of the frame were covered nicely, with the front side left open..that was my window onto the open!

I spent a good few hours there in that shelter, whiling away the time in a pleasant stupor, thinking about hings, this and that, and finally it was time to pack up and go.

But what happened at that precise moment, had me stop and think very hard. For some odd reason, a TV advert came into my mind. In that advert, there’s a pretty lady walking along a road, with a house covered in green ivy in the background. Nothing unusual there…but wait. It came to me just then…I had seen that very house in a dream many months ago…!

Why should that house come up in my dream….and now…in that TV advert?

WOW….is all I could say! It left me speechless and thinking for many weeks!

Continuing with my recent post about some of the very critical things we just cannot do without when hiking in the wild places, is shelter.

I once read somewhere that the number 3 quantifies a whole range of actions that wilderness users are always up against. For example,  a person can supposedly live without air for a max of 3 minutes, without shelter for 3 hours, without water for 3 days and without food for 3 weeks. So shelter is the second most important thing that governs how long we can survive in the open.

And of course, if hiking in extreme cold, I wouldn’t like to bet that I’d last even 3 hours….I well remember being caught out in the extreme cold in Ontario once, when the temperature was -25C and with the wind chill factor added to that, it was -35C…yes, -35C! At that temperature, any exposed skin freezes solid within seconds.

So anyway, shelter, and knowing how to construct it with whatever is available, is of paramount importance.

Here, I’m going to talk about a very simple, but potentially life-saving shelter that can be constructed quite quickly and will keep you safe and snug for many days, until such a time when you decide to move on or can construct a more solid version.

This kind of shelter relies on us finding a fallen tree, under which all that needs to be done is to gather a few long branches, lay them at an angle with one end resting on the tree or log and the other end on the ground.

ONce those branches are in place, the gaps between them are covered up with smaller branches, moss or twigs — if these have leaves on, so much the better as they keep the rain out and act as insulation, too.

Again, depending on your location, you can use a pile of leaves for floor insulation as well, or if no leaves, then smaller branches or dry moss will do just as well. The reason for this is that the worst you can do having made your shelter, is to lie on the bare floor. Doing that will cause loss of body heat, which is the last the thing you need in a life-threatening situation.

One final idea is to keep a small fire going in front of the entrance to your shelter. Just having a fire going will be enough to keep you warm and dry and also allowing you to prepare your meals. The heat from the fire will be reflected to an extent into the shelter, keeping that dry, too. The simple diagram below shows how to go about building this shelter.

If you happen to be carrying a tarpaulin and rope with you, then your task is so much easier. All you have to do is tie the rope between two trees and simply throw the tarpaulin over the rope and put some rocks or weights to hold it down at the edges. Easy as that!

There are as many variations on this theme as you can imagine, but the main point is that having a shelter will do wonders for your morale, aside of keeping you warm.