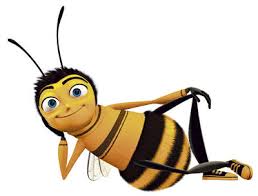 I was once on a trip with a small group in India, and as always happens, the best places to visit are small villages along the route.

At times like these, I try and part company with the main group and veer off on my own, catching up with the rest later on. So I walked off and about half an hour later, I came to a little village…well, more of a collection of huts than anything else, with a well at the centre.

Soon as the people living there saw a westerner, they all clamoured around inviting me to their huts for a drink or to eat, which I humbly declined.

I got talking with a young guy….not real talk, as the guy couldn’t talk a word of english, but we sort of understood what the other was saying by sign language and a few words of hindi I’d picked up. At that moment, another westerner, came onto the scene, bristling with cameras.

Rather than say hello or try and greet the locals, he immediately started snapping shots of them with his camera. Now, I know in some cultures, taking photos is a definite no-no, and in some places in India, especially so. I could see the look of anger on the villager’s faces, but credit to them, they didn’t say anything. The young guy I was talking to explained to me that taking their photos is akin to taking their souls away.

I pushed him to get a more detailed idea of what he meant. At long last, he made me understand that they regard every human being as having a sacred soul, and that soul is to be respected. Who knows, he said, how those photos would be used in the West; they maybe thrown around and end up underfoot, the very worst of disrespect for a person. Or the photos may be on display in a place where unhealthy or immoral acts are taking place, etc etc.

The villagers asked me to explain to the other westerner that what he was doing was not good. I tried…and ended up with a bucketful of abuse!

Whatever, the moral here is that we should be careful when visiting peoples abroad. They may, and in my experience, they very definitely do not, share the same views as we have as regards morality or acceptable behaviour.