I was just watching that film about the guy who fell down and trapped his arm in a rock fissure in Colorado whilst walking alone in the desert…guy called Aron Ralston.

If you look past the gory bits and the movie scenes, you can learn an awful lot from that film I think.

Like always letting everyone know where you’re going, when you’ll be back etc. That guy, in his self-assured manner, failed this first essential of going out walking, hiking or climbing in remote areas. So when he fell into trouble, nobody knew what had happened to him ro where.

The second very important point is to try and have a partner with you if at all possible. I’m afraid I must put up my hands here on this one, as I rarely have anyone with me; my reason, silly as it may seem to you, is that having someone with me somehow robs me of the solitude, the silence I am constantly seeking. The funny thing is, it is that silence and solitude that could, if things went wrong, work against me one day. having a partner can be of enormous help if you get into difficulties.

Thirdly, Aron didn’t have a cellphone with him. Much as I hate the relentless march of technology and how it continues to intrude into our daily lives, a cellphone is a virtual necessity these days, and if you are injured or stuck in dire circumstances during a hike or climbing session, a phone call can mean the difference between life and death. So always, always, always try and carry at least one working, fully charged cellphone. I know of friends who carry 2 cellphones with them, in case one fails.

Finally, regarding what happened with Aron in that rocky fissure. Because he was unlucky enough to get his arm trapped between a falling rock etc, he had no choice but to actually hack his own arm off….yes, you read right…he made the agonizing decision to cut his arm off, or face certain death within days.

And when it came to carrying out the grisly task, he used the only thing available, the knife in his multi-tool. that unfortunately proved to be of inferior quality and he had a lot of trouble cutting through his flesh, as he joked about his in a recording he made with his camcorder, “..always make sure the multi tool you buy is not Made in China!

The moral there of course is to buy equipment that has proven reliability and is durable. Again, talking about Aron….if his tool had broken up in use, and he had failed to sever his arm, he would not be alive today.

This is one of the easier walks that I have done.

It can be a relaxing walk amongst some of the very oldest rainforest in the area, in the Kwalate Valley, where the walk leads out across dramatic old trees and waterfalls. 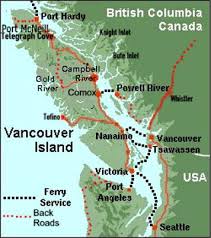 You have an option here of either making your own way along the trail, or going with a guided tour, which starts at the Knight Inlet Lodge.

Being situated mostly in the valley, the walk is quite leisurely and will take you around rocky areas, fallen rocks, etc. 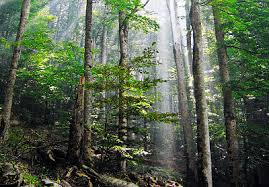 Stout , waterproof walking or hiking boots are still recommended however, as normal trainer shoes etc will not be very comfortable and offer no protection in case you happen to trip over an obstacle. Proper walking shoes are built to offer good protection to feet and ankles.

As the walk is in a rainforest, waterproof jackets with hoods should be worn, with a fleece layer underneath; you can always remove the jacket and place it in your rucksack if you feel too hot.

The walk will take approx 3 to 4 hours, and you should be back in time for a leisurely lunch at the Lodge!

Knight Inlet Lodge is located in the wilderness area called, appropriately enough, Knight Inlet, which is about 50 miles by air along the Campbell River. You will experience the most exhilarating scenery in the Pacific Northwest including mountains, lakes and fo course the wild coast.

There is accommodation available at the Lodge if you require, and almost all of the 12 guest rooms have a twin, king or queen size bed as well. Each room can accommodate 4 people. Lounges with wood-burning stoves for comfort are also fitted.

How to get there

Flights to Campbell River from Vancouver cost approx $300 per person.